Learning Objective: to analyze a quote by Wilma Rudolph and explain how the quote applies to the play

As you read the play and study the images,, think about what gives Wilma strength.

Choose the character you will play.

Crowd, to be read by a group

Dr. Coleman: How are you feeling, Wilma?

Mama: Wilma has been sickly since the day she was born, but this is something different.

Papa: Her fever won’t go away, and one leg has gone crooked with her foot twisted inward.

Mama: Is her leg going to stay like that?

Dr. Coleman: Time will tell. She should see a specialist in Nashville.

Dr. Coleman: I know. But the hospital here refuses to treat Black patients.

Mama: If it will help our little girl, then we’ll do it.

Dr. Coleman: I must warn you not to get your hopes up. It’s possible that Wilma may never walk again.

Wilma: Is that true, Mama?

Mama: I don’t believe it. And don’t you believe it either.

SD1: Onstage is a bus with one side cut away so the passengers can be seen by the audience.

SD2: Behind the bus is a screen showing video footage of city streets, so the bus appears to be moving.

SD3: The video stops as Wilma, now 6 years old, and Mama climb onto the bus.

SD1: Wilma wears a heavy metal brace on her leg that stretches from just above her knee all the way down to her shoe. Passengers stare as she limps down the aisle.

SD2: After Wilma and Mama sit, the video starts up again.

SD3: A schoolyard full of children flashes by.

Wilma: Mama, when will I be able to go to school?

Mama: When your body is strong enough.

SD1: Wilma looks down at her brace.

Wilma: Am I always going to be the sick girl?

Mama: The doctor says the treatments are working.

Wilma: But getting to Nashville and back takes all day.

Mama: That’s just how it is. We will keep coming twice a week for as long as necessary.

Why did Wilma have to travel so far for treatment?

When Wilma was growing up, many states across the U.S. had racist laws and customs. In Tennessee and in the rest of the South, they came to be known as Jim Crow. These laws and customs, which were in place from the late 1800s to the 1960s, denied Black people basic human rights, taking away their choices about where they lived, worked, shopped, went to school, and more. Many businesses, organizations, and services were available to white people only. Jim Crow was the reason that Wilma had to travel so far for her treatment; hospitals nearer to her refused to treat Black patients. In 1964, the Civil Rights Act made Jim Crow illegal.

SD3: Soon, Wilma is the only one left.

Wilma: I’m the same as you. My leg is just messed up.

Edward: But in dodgeball you need to be fast.

SD1: Wilma starts to unbuckle her brace. Her brother Wesley notices and comes over.

Wesley: Mama says you’re not supposed to take your brace off at school.

Wilma: Well, don’t tell her then.

SD2: Wilma tosses her brace aside and hobbles over to her team.

SD3: A group of boys stand in a dusty field.

Edward: The race is to that tree and back.

Robert: You want to race us?

Wilma: I don’t need it anymore.

Robert: OK, we’ll race you. But prepare to eat dust.

Wilma: We’ll see about that.

SD1: Wilma bursts forward, but the boys are faster.

Wilma (to herself): Come on, Wilma. Push!

SD2: As they run across the stage and exit, the race is projected onto the screen.

SD3: We see Wilma’s legs pumping. She passes one boy, then another. The characters are heard offstage.

SD1: Wilma catches up to Robert.

SD3: Robert catches up, his fists clenched with fury.

Wilma (to herself): I can do this!

SD1: Wilma bursts back onto the stage, followed by Robert and the other boys.

SD2: She collapses onto the ground, laughing.

Robert (out of breath): What’s so funny?

Wilma: I don’t know. I guess this is what it’s like to feel strong.

SD3: Dozens of blue ribbons rain down on the stage. Behind them, the screen shows video footage of Wilma on her high school track team, winning race after race.

SD1: The screen then shows a large stadium illuminated by pale, early-morning sunlight.

SD2: Wilma walks onstage alongside her teammates. At nearly 6 feet tall, she towers over many of them.

Coach Gray: OK, team, this is it! The competition is fierce—the best high school runners in the South are here. But I know you’re ready.

Nancy: Wilma sure doesn’t have anything to worry about. She’s won every race she’s ever been in.

Announcer 1: All runners for the 200-meter dash, please report to the starting line.

Wilma made a name for herself at the 1956 Olympics in Melbourne, Australia. She was just 16 years old at the time. At the next Olympics, in Rome in 1960 (pictured here), Wilma won three gold medals and set a world record. She became an international star.

SD1: Wilma sits in the empty bleachers, tears spilling down her cheeks. Coach Gray sits beside her.

Wilma: I feel like a fool. Next time I stand on the starting line, the word loser will be pounding in my head.

Gray: Losing is not the end of the world, Wilma. What matters is how you deal with it.

SD2: Wilma stares at her feet.

Gray: If losing destroys you, it’s all over. But if you can pick yourself up and try to win the next one, you could be a champion someday. I mean that.

SD3: Wilma wipes away her tears.

Gray: Coach Ed Temple has invited you to train with his track team at Tennessee State University.

Wilma: Why? I lost every race I ran today.

Gray: Because he can see what I see: You’re a fighter.

SD1: Wilma stands with a group of college runners on the track. They are all out of breath.

JoAnn: Again? We’ve been doing this for an hour.

Temple: If you’re going to run with your mouth instead of your feet, you can leave. But don’t bother showing up for practice tomorrow.

SD2: The girls go to the starting line. JoAnn jostles Wilma out of the lane she’s in.

Mae: Here, Wilma. You can stand next to me.

Temple: Keep your fists loose. Lean into your stride. Your form must be perfect.

SD1: Coach Temple blows his whistle. The sprinters take off.

SD2: Wilma gets a slow start, but her long limbs carry her closer and closer to the front.

SD3: JoAnn glances back and scowls.

JoAnn (muttering): Don’t even think about it, Rudolph.

Temple: You keep almost winning these sprints. What’s going on?

Temple: Are you holding back?

Wilma: I’m only 15, Coach. These are college girls.

Temple: You think if you beat them, they won’t like you.

Temple: Wilma, you could go to the Olympics.

Temple: Yes. But being an Olympian requires more than physical talent. You’ve got to have (tapping his forehead) mental toughness.

Wilma: It feels selfish to beat these older girls.

Temple: I want you to start beating everyone you can beat, no matter who they are.

SD3: The scene changes to a stadium. The track is full of female runners from all over the country. A banner reads “U.S.A. Women’s Track & Field Olympic Trials.”

Wilma: I feel nauseous. I don’t want to let Coach down. And JoAnn will hate me if I take her spot on the relay team.

Mae: Now is the time to focus on yourself—not on Coach, not on JoAnn, not on any of us.

Mae: You’ve got to block out the voices in your head.

Mae: Stick with me, and you’ll make the Olympic team.

SD1: Wilma and Mae head to the starting line.

SD2: The official fires the starting gun. Mae surges out front with Wilma on her heels.

SD3: Wilma slowly gains on her. With a final push, they cross the finish line together—in first place.

SD2: When the lights come back up, Wilma is on one side of the stage in a phone booth.

SD3: Mama is on the other side of the stage, holding a telephone. Papa and Wesley lean in to hear.

Wilma: I have some news.

Wilma: It’s about the Olympics.

Wesley: Come on, Wilma, tell us!

Wilma: I made the relay team!

Papa: We’re so proud of you.

Mama: I never doubted you. Not ever.

Wilma: Not so long ago, I could barely walk.

SD2: There is a catch in Wilma’s throat.

Wilma: For believing I could get better. For teaching me to never give up. For showing me I’m strong.

After the 1960 Olympics, Wilma was given a welcome home parade in Clarksville, Tennessee. It was the first integrated parade in the town’s history, meaning it was the first parade where both Black and white residents participated alongside one another. Wilma herself refused to take part in the parade unless it was integrated.

SD3: On the screen, excited fans fill a huge stadium. Flags of many nations wave in the bright sun.

SD2: They all move around, stretching and warming up—except Wilma. She stands completely still, staring toward the finish line with fire in her eyes.

Announcer 1: This is the race we’ve all been waiting for. It will determine the fastest woman in the world.

Announcer 1: Her relay team won bronze in the ’56 Olympics. Now she’s got gold on her mind.

Announcer 2: Next to Wilma are the best female sprinters in the world.

Race Official: On your mark—

SD3: The athletes crouch down. Race Official: Get set—

SD1: The noise of the cheering crowd fades to silence.

SD2: All lights go out except for a spotlight on Wilma. The official fires the starting gun.

SD3: The lights come up on Wilma and her family. They speak directly to the audience.

Papa: She became a hero worldwide.

Wesley: And a role model for young athletes everywhere.

Mama: To this day, she is considered one of the greatest sprinters of all time.

Papa: In 1981, she started the Wilma Rudolph Foundation to support young people in athletics and academics.

Wilma: No triumph can be had without struggle. Never let fear of failure get in your way.

Consider Wilma’s last lines in the play. How do these lines relate to Wilma’s story? Use text evidence to support your ideas.

This play was originally published in the February 2021 issue.

Essential questions: What is a hero? What does it mean to have grit? Why is failure important?

Recommended pairings from the Scope archives: 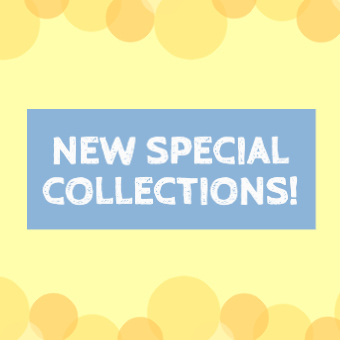 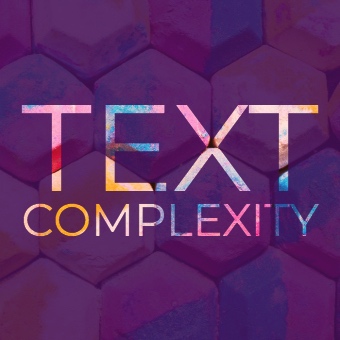 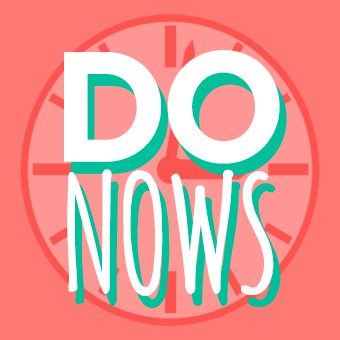