Shutterstock.com
Fiction in a Flash,

If Mona can face this, she can face anything.

Authors use figurative language to bring their writing to life. In this story, you will find:

Simile: compares two unlike things to show a quality or aspect of one of those things. Similes use like or as. Example: Stephen’s voice sounds like melted chocolate.

Metaphor: works just like a simile, but without using like or as. Example: Stephen’s voice is melted chocolate.

Whoosh. A whisper of wind across her cheek jolted Mona awake. As she blinked in the darkness, she felt a tickle on her forehead. She thought about turning on the light, but then she’d have to face the facts. So she lay still, her heart thumping so loud it shook the bed.

Here were the facts:

1. A cockroach just scurried across her face.

3. Mona didn’t know which was worse.

Mona’s house was infested with roaches, like all the houses in her neighborhood were. Just that morning, a roach had dropped like a bomb from the faucet while Mona brushed her teeth. Unfortunately, the exterminator couldn’t come for another three days. In the meantime? The roaches multiplied. They scattered by the dozens when the porch light flicked on. They lurked in cupboards and shoes and under pillows and sinks.

Edward had made it his mission to search and destroy the invaders. Sometimes he stomped on them. With a sickening pop! they’d explode into what looked to Mona like tiny piles of mashed potatoes. Sometimes he whacked them with a spatula. Once, he smashed one with his bare hand, then scraped bits of mangled exoskeleton into the trash, as if scraping food off a plate.

As Mona lay in bed, imagining the roach skittering around in her room on its sticky legs, she thought about springing out of bed to get Edward. Then she remembered: He wasn’t there anymore.

Ever since their parents divorced and they only saw their dad in the summers, it had been Edward who cleaned up messes, drove her to piano lessons, packed her lunch. Not that their mom didn’t want to do those things. But she drove a rig, and on long hauls, like the one she was on now, she wasn’t around at night. She’d roll home in the morning, her eyes tired but her smile bright. Inevitably, Edward had a pot of coffee brewing for her.

On those early mornings, Edward and Mona would sit at the kitchen table, waiting for their mom and talking about all the adventures they’d have someday. They said they’d explore ancient temples in Cambodia, see penguins in Antarctica, trek through the Amazon rainforest. It had never occurred to Mona that Edward would leave and have an adventure without her. Which was silly, Mona now understood. He was five years older than her, after all.

Mona took a breath and flicked on the light. A shadow moved in the corner of her eye; she spied the caramel curve of a wing protruding from the bottom of her backpack. Should she step on the roach? Throw a book at it? Pack her things and move to Iceland?

Mona grabbed an empty glass from her nightstand and perched at the foot of her bed—a cat waiting to pounce. For one agonizing moment, Mona and the roach remained perfectly still, locked in a deadly game of who-would-move-first.

And then, Mona sprang into the air. She kicked her backpack out of the way. The roach took off, a missile shooting across the floor. But Mona was faster. She brought the glass down—thud! The roach was trapped.

As Mona watched it struggle, slamming itself against the sides of the glass in a frenzy, something strange happened. The roach didn’t seem so gross. What had the roach ever done to her? It wasn’t its fault it was there. It was just doing what roaches do.

Carefully, Mona slid a sheet of paper under the glass and flipped it over. The roach stopped moving. Maybe it knew what was about to happen.

A few moments later, Mona stood on the front lawn. Purple and pink streaked across the early-morning sky, like paint on an infinite canvas. Soon, Mona knew, the colors would be gone and the day would begin.

She bent down and pulled the paper off the glass. The cockroach crawled out and lifted its antennas, smelling its freedom. Then it bolted into the dawn.

Suddenly, Mona remembered an old saying her mom had tacked on the fridge: Don’t cry because it’s over; smile because it happened.

Mona turned back. Her mom would be home soon, and Mona would have coffee waiting for her. And as the warm, comforting smell filled the house, she would think of all those early mornings with Edward.

This story was originally published in the March 2020 issue. 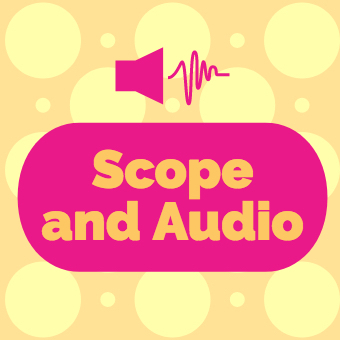