Ryan C . Jones for The New York Times
Paired Texts,
My Sport Helped Me Make a New Life in America

Learning Objective: to synthesize information from two nonfiction texts about the challenges of moving to the U.S. from another country

As you read the articles and study the images think about what makes Tareq and Khawla feel at home in America.

My Sport Helped Me Make a New Life in America

When Tareq Manawer moved to the U.S. at age 12, he felt lost and alone. That all changed when he joined a cricket team—and finally felt at home.

Tareq [tah-REK] Manawer was moving 7,000 miles away from the only home he had ever known. But all he could think about were his feet.

Tareq, then 12, was wearing sandals on a plane to New York City, and his feet were freezing. Sandals were the only shoes he had ever needed in Bangladesh, the country in South Asia where he was from. There, it was always hot.

In Bangladesh, Tareq’s life was not easy. His dad owned a farm and worked hard to provide for his family. Every day, Tareq walked 3 miles to school and another 3 miles home. After school, he worked in the fields helping his dad grow rice and vegetables.

But Tareq had fun too. He especially loved playing cricket—a sport that, like baseball, is played with a bat and ball. Tareq would use a tree branch for a bat and swing at a tennis ball wrapped in tape.

Tareq’s dad assured him that life would be better in the U.S., but Tareq wasn’t so sure. The airplane food tasted strange. He spoke little English. Worst of all, he’d heard that no one in America played cricket.

Today, more than 40 million people who live in the United States moved here from another country, according to the Pew Research Center. This includes about 2.9 million kids like Tareq. America’s immigrant population is extremely diverse, with nearly every country in the world represented.

Newcomers often face challenges as they begin new lives in the U.S. For example, if they aren’t fluent in English and find themselves at a school where no one else speaks their native language, it can be difficult to form friendships, participate in class and after-school activities, or join conversations about popular movies and TV shows. Simple interactions such as ordering a hamburger or asking where the bathroom is can be daunting.

Then there are the cultural differences—new types of cuisine, different customs and traditions, and unfamiliar holidays, such as Thanksgiving and July 4.

And of course there can be homesickness—missing friends and family, longing for an old house, a beloved park, or a favorite food. Together, all these things can create a profound sense of isolation and loneliness.

To Tareq, everything felt unfamiliar from the moment he landed in New York City. He remembers coming into the city for the first time with his family and gazing out the window of the car. “I saw all the cars and roads made out of cement instead of dirt,” he says. “It was a different world.”

Middle school was a lonely and difficult time for Tareq. He struggled to understand his teachers because he was still learning English. He had few friends.

But things began to change when Tareq started at Brooklyn International—a public high school for teenagers who have lived in the U.S. for four years or fewer. His new school had students from dozens of countries. Walking the halls, he would hear Arabic, Spanish, Thai, Tajik, Urdu, Russian, Bengali, and many other languages.

Best of all? The school had a cricket team. In fact, it was part of a league of 32 teams with more than 550 players around the city.

The Chance to Play

Tareq was thrilled to be surrounded by kids who loved cricket as much as he did. Though few Americans play the game, it’s wildly popular across the world. Cricket is played in more than 100 countries and has more than a billion fans.

At his first team practice, Tareq swung the bat. The ball was faster and heavier than the homemade ones he was used to in Bangladesh.

“It almost blew my head off,” Tareq remembers.

He was afraid the other boys would make fun of him. Instead, they encouraged him.

Tareq soon realized he had another problem: He was sliding around on the field. He needed cricket shoes with spikes, but his family couldn’t afford them.

He wouldn’t let a pair of shoes stop him from playing, however. He practiced before and after school—often until 9 p.m. His parents worried about his schoolwork and suggested he quit, but Tareq was determined.

“The cricket team was the first time I felt accepted in America,” he says. “When you play, it doesn’t matter what grade you’re in or what language you speak.”

Tareq was a natural.

In 9th grade, he was named the freshman most valuable player (MVP). The next year, he scored more points than anyone else on the team. When he was a junior, he became vice-captain. And by the time he was a senior, Tareq was one of the best cricket players in New York City. In 2017, he played in the city’s all-star game and was named MVP—a top honor.

And as for those cricket shoes he needed? His coach, Paul Allen, gave him a pair his junior year for working so hard

Today, Tareq is a sophomore at Brooklyn College, where he is studying finance and business administration. He still plays cricket for fun. In fact, he joined a summer league with a few of his former teammates from high school, who remain some of his closest friends. Thanks to the sport he loves, Tareq finally feels at home in America.

“The most important thing for me is going to college and getting a job to support my family,” Tareq says. “My college doesn’t have cricket. That dream ended. But that’s OK because cricket was there for me when I needed it most.”

How to Be Welcoming

One Pittsburgh teen helped make her school a kinder place

In the fall of 2016, Peyton Klein, then 15, was sitting in homeroom at Pittsburgh Allderdice High School when she noticed a classmate struggling to communicate with the teacher. Peyton didn’t know the girl’s name, but she could see that she was frustrated. “I wanted to help, but I didn’t know what she needed,” Peyton remembers.

She later learned that the girl’s name was Khawla [KOW-lah] Issa. Khawla is from Syria. Because of the civil war there, Khawla had missed three years of school. Now she was living in the U.S. as a refugee—and trying to adjust to a new school, a new language, and a new culture.

Peyton decided to reach out to the English language teachers in her school as well as to students who were not native English speakers to find out how she could help. She discovered how diverse her school was, with students from 25 countries who speak 16 languages. She asked teachers what could be done to better support students like Khawla.

The conversations led to the creation of the Global Minds Initiative, a club that brings together native English speakers and non-native English-speaking students to talk, take field trips, and hear guest speakers. Members participate in activities centered on global issues such as human rights. The idea is that students who are learning English get to practice while native English speakers get to learn about other cultures. Global Minds now has more than 1,000 members with chapters in 22 other schools.

One Mind, One Heart

For Khawla, the club made an enormous difference in helping her feel welcome and make new friends.

“When I first moved here, I felt like I was totally different. I speak a different language. I wear a hijab [a head scarf worn by some Muslim women],” Khawla says. “I know now that we are all alike and equal. I’m comfortable here, and that’s just awesome.”

Khawla and Peyton have become close friends. They love hanging out, dancing, and cooking together. Khawla has helped Peyton understand some of the challenges that refugees face. And both girls are proud that they’ve brought together classmates who might not have spoken otherwise.

“Change can start with one person, one mind, one heart—that’s all it takes,” says Peyton. “The kindness that you show a person can change the world. One person has that power.”

What challenges might students from other countries face when they first come to the U.S.? What can be done to support them? Use text evidence to support your answer.

This article was originally published in the May 2019 issue.

Essential questions: What responsibility do we have to new members of our communities? What is the power of kindness? How can we be welcoming to others?

Write the following on the board for students to respond to as they enter the classroom: Have you ever been the “new kid”? What might it feel like? Have students write their ideas on a paper or in a journal.

Project or distribute the Video Discussion Questions and preview as a class. Then watch the Beyond the Story video and discuss the questions as a group.

Inside Out & Back Again
by Thanha Lai

The Turtle of Oman
by Naomi Shibab Nye

The Only Road
by Alexandra Diaz 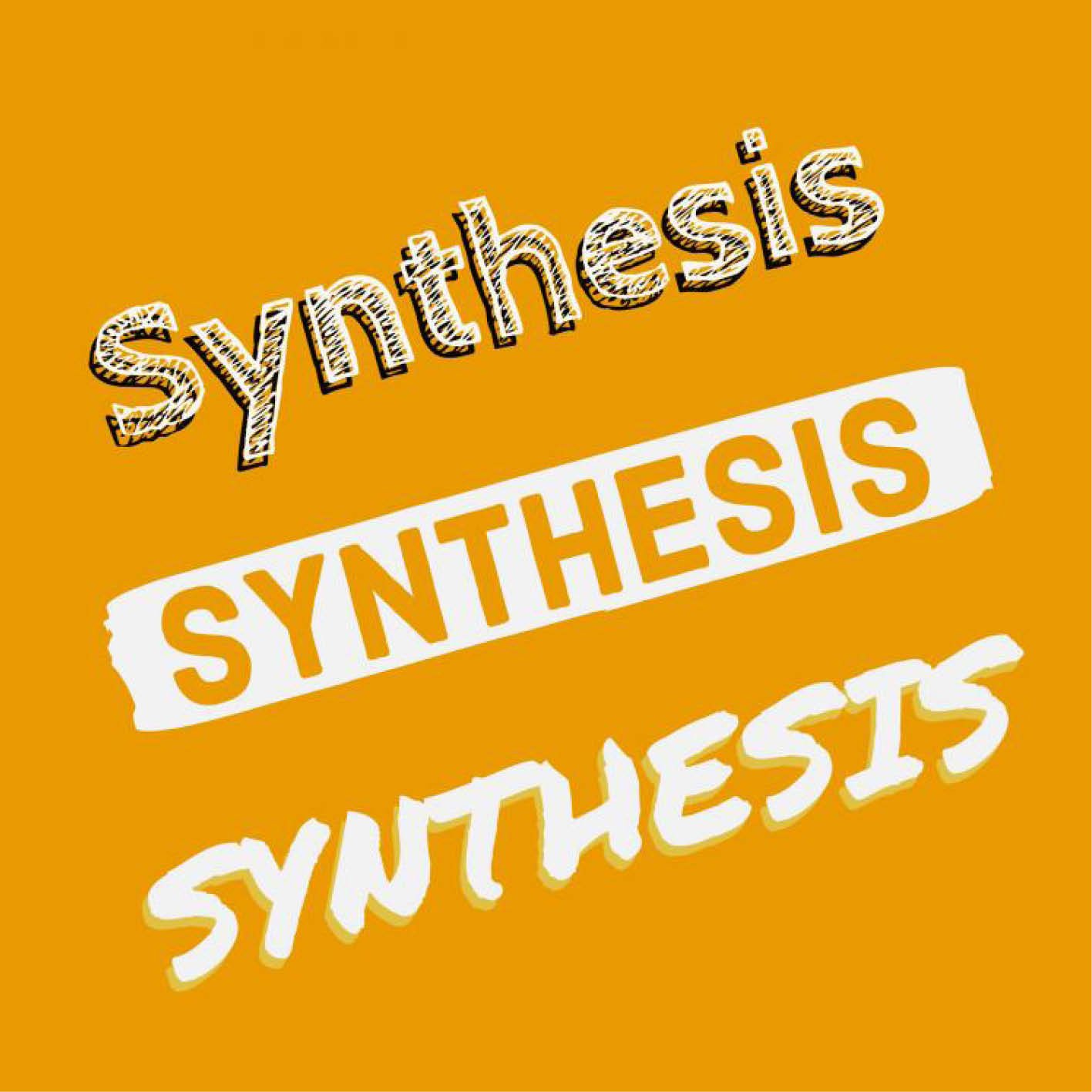 Editor's Note
Fall in Love With This Synthesis Activity
View All

Editor's Note
Fall in Love With This Synthesis Activity
View All